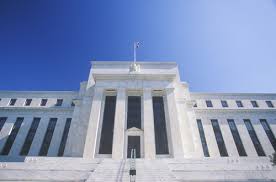 Shortly before the close on Monday, the New York Fed issued a surprise announcement according to which it pushed forward the start time of tomorrow's month and quarter-end Overnight Reverse Repo operation to 12:30 PM ET from 12:45 PM ET, while keeping the end time of the operation at 1:15 PM ET, effectively increasing the operation time from 30 minutes to 45 minutes.

Why? The Fed explains:

Yeah right, because those 15 minutes will "make or break" the quarter end repo.

The real reason? As we showed last week, in a "stunning development", Dealers had either run out of securities to pledge to the Fed, or simply chose to hold on to their TSYs and MBS (and especially the latter in light of the ongoing MBS shortage which has sparked a visious margin call spiral among mortgage servicers), perhaps with the expectation of selling these securities to the Fed at much more economic conditions.

This can be seen in the chart below, which demonstrates the collapse in TSY submissions to the Fed's repo operations ever since QE Unlimited was launched, which also meant that instead of parking their bonds at the Fed for up to 3 turbulent months, with an avalanche of new debt coming down the pipe, Dealers could just sell them to the Fed instead.