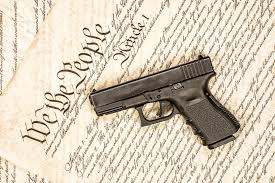 If you're a gun owner, you literally need to drop everything you're doing right now and oppose this bill.

HR 5717 is the worst anti-gun legislation that FPC has ever seen. It could end gun rights in totality within a generation.

In 2016, we fought hard against a huge surge of anti-gun legislation in California. We dubbed it "Gunpocalypse."