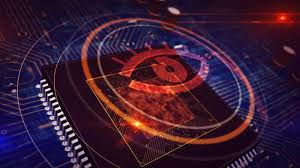 The app creates an index, ranked from A to F, for whether people are staying home or not.

Comparing the nation's mass movements between February 28 to March 23 – virus cases started to rise and local governments across the country began to implement "shelter in place" public health orders, which by mid-month, changes in the average mobility for Americans started to slope downwards. As of March 23, the app ranked the US with a "C," detailing how many people in the US are ignoring calls by the federal and state governments to stay home amid community spreading.

As of March 23, the top five states where citizens were practicing the best social distancing were District of Colombia, Nevada, New York, New Jersey, and Alaska. The bottom five states were Idaho, Montana, North Dakota, South Dakota, and Wyoming.

On a state and county level, Maryland earned a "B" with much of its counties surrounding Washington, DC, and central counties receiving good marks on Monday as many stayed home. However, in Western Maryland, it was life as usual as many seemingly did not care about the virus crisis.