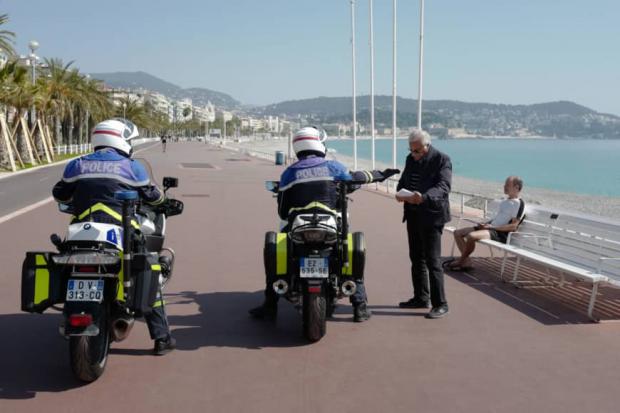 President Emmanuel Macron has ordered French residents to stay at home except for essential excursions such as going to the doctor, walking the dog, or going for a solitary run, and banned any gatherings.

For a two-week period that began Tuesday, people can go to work only if their employer cannot make tele-commuting possible.

But news reports have shown groups of friends and families strolling in parks despite the clampdown, prompting calls from some officials for even stricter limits.

Many have been observed ignoring the one-meter (three feet) safe inter-personal distance in queues at the essential businesses that were allowed to stay open.

Macron on Thursday urged companies and workers to continue their activities "in compliance with the health safety rules."

Genevieve Chene, who heads France's public health agency, said between two and four weeks are needed for the outbreak to be adequately contained.