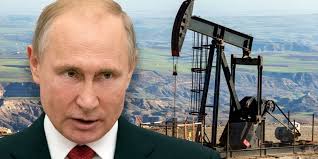 At a time when the global economy is visibly losing steam, when we're overdue for another business cycle recession, and when nobody seems to have an answer, Moscow delivered what nobody else could — a massive economic boost for the whole world.

Sure there will be losers, chief among them US shale and the Saudis who need far higher prices to make their budgets work.

But then as a whole, the US shale has always been a loss-making enterprise for America. The scaling-down of shale is not bearish for the US at all. It's bullish. If Putin can make Americans stop throwing more good money down the shale pit that's not a bad thing, that's a giant favor to the US and the health of its economy right there.

To say nothing of the effect of cheap energy itself. Personally I don't think even $30 oil will be enough to avert a crash but if anything could, it would be that.

Similar story with the Saudis, if they have less money to throw around backing Salafists and bribing Washington, that's not a bad thing. That's a great thing for the world.