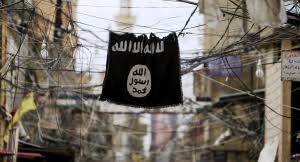 According to scholar Aymenn Al-Tamimi, the Islamic State's Al-Naba newsletter published a list of directives on how to handle this latest epidemic.

The terrorist group has advised supporters to stay away from "the land of the epidemic", and instead has offered tips for them to follow like washing their hands frequently and "cover the mouth when yawning and sneezing".

In the group's latest al-Naba newsletter, instead of urging members to attack European cities, ISIS advises the healthy to not enter coronavirus-stricken areas in case they become infected, and "the afflicted should not exit from it"...

The newsletter refers to a "plague" described as a "torment sent by God on whomsoever He wills". — Yahoo News

The newsletter included various Hadiths on how to deal with illness: "On the authority of Abu Huraira... the messenger said: "And flee from the one afflicted with leprosy as you flee from the lion."

Some of the Hadiths mentioned ways to deal with the illness like placing your hand on your mouth when sneezing: "On the authority of Abu Huraira... he said: the Messenger of God would place his hand or clothing on his mouth when he sneezed, and in this way reduced or diminished his voice."