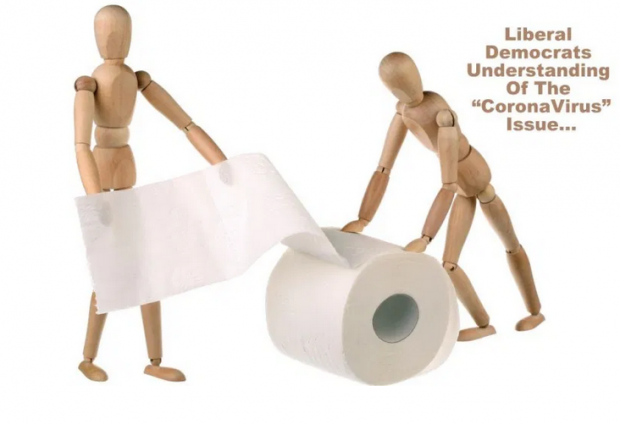 Over the last few weeks, we have all been hearing and, in some cases, seeing, the latest "plot" by those about to lose their power and privileged positions.

From Europe By Karma Singh

A good big scare story is just the thing to divert attention away from what is actually happening and to hinder the orderly hand-over of power from the self-appointed "elite" (the bankers and friends) to you and me where it now belongs.

You may well be aware that we, in the Northern hemisphere, are just coming to the end of the 'flu season – a natural detoxification process which removes "fear of death" accumulated during the months of Winter. You are probably also aware that, each year, a significant number of the aged and infirm are too weak to complete the process and leave this incarnation.

The so-called "Coronavirus," if you read a little further than the label, is declared to be a very mild form of 'flu (or, in some cases, a cold).

Concurrently we have, therefore, two different 'flus; "Type A" and "Coronaflu". Only the one which the "elite" want to promote gets any mention and the other one is just an "also ran". When we take a look at the statistics, however, we see a very different story to the one being pushed onto us. 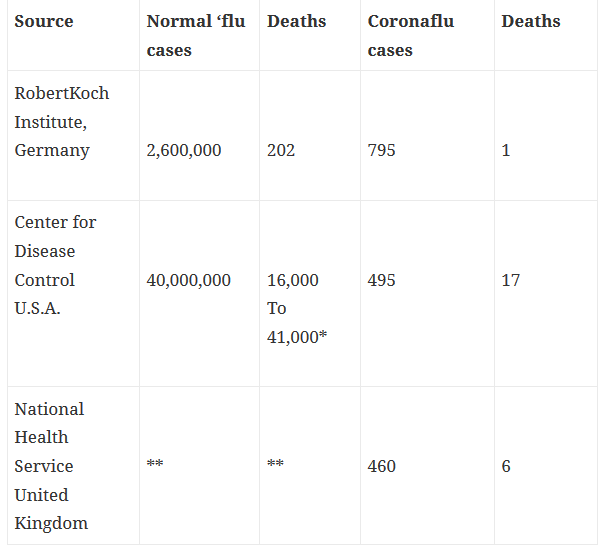 * precisely why there is such a wide variance in these figures is unclear. It is, however, notoriously difficult to say with certainty that influenza caused the death as those who die are always the weakest members of the population, often with multiple other health issues.

** For normal 'flu the British National Health service does not give accumulated figures but week by week as a proportion of the population. So, this last week, it was 1,497,832 cases of 'flu.

Specific 'flu death statistics are not given – merely the overall numbers of deaths from all causes; this week was 10,841.