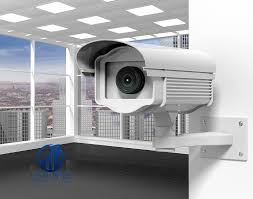 "If, as it seems, we are in the process of becoming a totalitarian society in which the state apparatus is all-powerful, the ethics most important for the survival of the true, free, human individual would be: cheat, lie, evade, fake it, be elsewhere, forge documents, build improved electronic gadgets in your garage that'll outwit the gadgets used by the authorities."—Philip K. Dick

Emboldened by the citizenry's inattention and willingness to tolerate its abuses, the government has weaponized one national crisis after another in order to expands its powers.

The war on terror, the war on drugs, the war on illegal immigration, asset forfeiture schemes, road safety schemes, school safety schemes, eminent domain: all of these programs started out as legitimate responses to pressing concerns and have since become weapons of compliance and control in the police state's hands.

It doesn't even matter what the nature of the crisis might be—civil unrest, the national emergencies, "unforeseen economic collapse, loss of functioning political and legal order, purposeful domestic resistance or insurgency, pervasive public health emergencies, and catastrophic natural and human disasters"—as long as it allows the government to justify all manner of government tyranny in the so-called name of national security.

Now we find ourselves on the brink of a possible coronavirus contagion.

I'll leave the media and the medical community to speculate about the impact the coronavirus will have on the nation's health, but how will the government's War on the Coronavirus impact our freedoms?