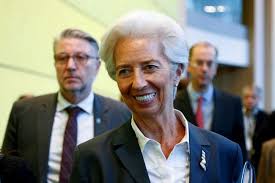 However, in order to alleviate liquidity shortages, the ECB did surprise everyone by announcing a boost to its QE, adding a "Temporary Envelope of EU120B in Asset Purchases." The ECB also announced a new LTRO "with an interest rate that is equal to the average rate on the deposit facility. The LTROs will provide liquidity at favourable terms to bridge the period until the TLTRO III operation in June 2020. Finally, the ECB noted that "considerably more favourable terms will be applied during the period from June 2020 to June 2021 to all TLTRO III operations outstanding during that same time."

Some more details on the targeted long-term refinancing operations:

LTRO Will Have Rate Equal to Deposit Rate