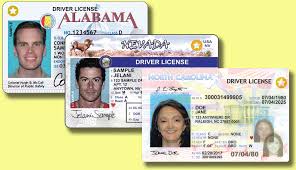 I am very concerned about the Real ID and its threat to our personal privacy and total surveillance by government. Most people have been led to believe that Real ID and E-Verify are the answers to controlling  illegal immigration and make us safer from fraud, and even terrorist attacks. Not so.Government has repeatedly proven to be untrustworthy and unworthy to be the keepers of our most valuable and precious personal information. Yet, today, most Americans are simply accepting and ignoring the growing government invasion of their lives.

For many years the American Policy Center, has worked directly with the Constitutional Alliance to expose the dangers of empowering government with our personal data, especially through the use of biometrics. The Constitutional Alliance is the nation's leading expert on personal privacy matters, meeting with government officials and elected representatives at every level to issue their warnings of the dangers of a total surveillance system that is growing at an alarming rate. Now the Alliance has prepared a special report detailing this threat and what can be done about it. The Alliance has provided this vital report to APC to distribute across the nation.

One former National Security Advisor when asked said people would have to get over it when they learn the real purpose their information is being collected, retained, and shared. We know our information goes from one company to another for money and to the federal government so the government knows more about each of us.

You will learn from the leading identity expert in our country what the truth is about collecting our personal information. If you think our federal government or states care if you are who you say you are, you are wrong. The identity expert does not belong to any advocacy group. This person is doing the work the 9/11 Commission said must happen. This person is not a whistleblower. He is not hiding his identity. He cares and his colleagues care about our country and your safety. Primarily the federal government and states fund their agency.

The Constitutional Alliance is a non-partisan group that has existed for many years. As individuals, we have testified all over the country. We have met with presidential candidates, members of congress, committee staff including counsels and provided advice to presidential advisors. Continue to read this series of articles, if not for you, then for the children and grandchildren of today.