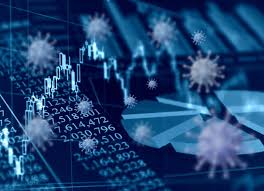 Across the internet, panicky discussion has erupted over whether this foretells another 1987 collapse as Donald Trump warned, or something more akin to Black Tuesday of 1929. Others have pondered whether this is more similar to a 1923 Weimar hyperinflation where Germans became millionaires overnight (not much to celebrate when bread costs billions).

The fact of the oncoming collapse itself should not be a surprise- especially when one is reminded of the $1.5 quadrillion of derivatives which has taken over a world economy which generates a mere $80 trillion/year in measurable goods and trade. These nebulous bets on insurance on bets on collateralized debts known as derivatives didn't even exist a few decades ago, and the fact is that no matter what the Federal Reserve and European Central Bank have attempted to do to stop a new rupture of this overextended casino bubble of an economy in recent months, nothing has worked. Zero to negative percent interest rates haven't worked, opening overnight repo loans of $100 billion/night to failing banks hasn't worked- nor has the return of quantitative easing which restarted on October 17 in earnest. No matter what these financial wizards try to do, things just keep getting worse.

Rather than acknowledge what is actually happening, scapegoats have been selected to shift the blame away from reality to the point that the current crisis is actually being blamed on the Coronavirus!

That while the coronavirus may in fact be the catalyzer for the oncoming financial blowout, it is the height of stupidity to believe that it is the cause, as the seeds of the crisis goes deeper and originated much earlier than most people are prepared to admit.