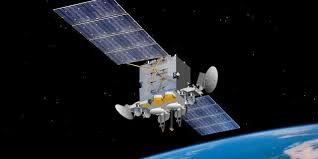 Elon Musk's Space Exploration Technologies Corp. or SpaceX, which launched 242 satellites as of the end of January, plans to deploy about 42,000 more over the next decade. These new satellites are part of Starlink, a network that SpaceX is developing in hopes of providing Internet access to remote corners of the globe. According to SpaceX, these new satellites are also seen to help monitor the environment, as well as improve global navigation systems.

In the wrong hands, however, they can easily turn into weapons.

According to a piece by William Akoto of the University of Denver, this is because of the lack of cybersecurity standards and regulations for commercial satellites, not just in the U.S. but also, internationally.

Akoto said this lack of regulation makes the satellites highly susceptible to cyberattacks. (Related: Thousands of new satellites to carpet bomb the planet with 5G radiation… and there's nowhere you can hide.)