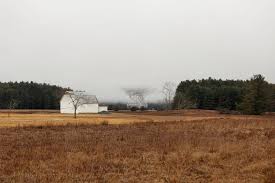 And when a Facebook fad had people all over the globe dumping ice water on their heads a few summers ago, Charity Warder, now a senior at Pocahontas County High School, was late to the game.

Sure, Charity has an iPhone, but she uses it mostly as a clock and a calculator. She makes phone calls from a land line, and she rarely texts her friends. Texting and driving? "It's not a thing here," she said.

When Charity wants to get online at home, she sits at her family's desktop computer, which has a broadband connection that is so sluggish, it takes minutes to load a YouTube video.

"We fight over the computer," said Charity, 18. "That's actually a thing here."

"People come to our gym to play and they walk around with their phones looking for Wi-Fi and we're like, there's none of that, so live like the rest of us."