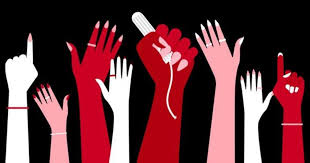 The Period Products (Free Provision) Scotland Bill passed the first of three stages by a vote of 112-0. There was one abstention. It will now move to the second stage, where amendments can be proposed.

If enacted, the legislation will make sanitary pads and tampons available for free in select public places such as pharmacies and community centers, effectively ending "period poverty."

According to Plan International UK:

Monica Lennon, a Scottish Parliament member, initially proposed the bill in 2017. And in 2018, Scotland became the first country to make free sanitary products available across the country in schools, including colleges and universities.