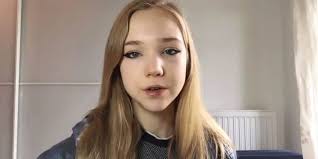 The German teenage national who's been dubbed the anti-Greta Thunberg defended her support of a white nationalist and took aim at 'climate alarmists' in her first appearance at the biggest annual meeting of grassroots conservatives in Maryland on Friday.

Naomi Seibt, 19, when asked if she was still a fan of white nationalist Stefan Molyneux, a Canadian vlogger she called an 'inspiration,' in a YouTube video, answered she still was.

'I am still a fan absolutely,' she told a reporter at the Conservative Political Action Conference in National Harbor, Maryland.

Seibt defended the comments in response to the reporter's question, saying they only sound racist when 'taken out of context.'