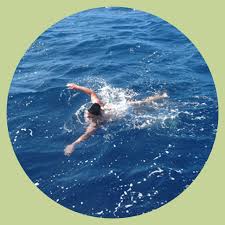 If you find yourself out there, don't give up.

In February 2006, Robert Hewitt was scuba diving near Mana Island, off the coast of New Zealand's North Island. Hewitt was an experienced navy diving instructor with 20 years in the service, and he told his dive buddy that he would swim back to shore himself. Instead, when he next surfaced, he had been pulled several hundred meters away by a strong current. The dive boat had moved on, and Hewitt was left alone, the tide pushing him farther and farther from shore.

In a 2017 issue of the journal Diving and Hyperbaric Medicine, a team of researchers led by physiologist Heather Massey of the University of Portsmouth in the UK take a closer look at what happened next: Hewitt's progressive deterioration over the next four days and three nights, how he survived, and what took place after his eventual rescue. It's an interesting glimpse at a branch of extreme physiology that most of us hope we'll never encounter.

The most pressing challenge facing Hewitt was the water temperature of 61 to 63 degrees Fahrenheit (16 to 17 degrees Celsius), well below body temperature. According to physiological models, when water is 59 degrees Fahrenheit (15 degrees Celsius), the median survival time is between 4.8 and 7.7 hours. Amazingly, Hewitt spent the next 75 hours in the water, drifting back and forth over a distance of nearly 40 miles before he was spotted by Navy diving friends and rescued.

In general, immersion in cold water produces a four-stage response. First is the "cold shock response" that triggers "an inspiratory gasp, uncontrollable hyperventilation, hypertension, and increased cardiac workload." If you're not ready for it, this shock response can cause you to inhale water and drown and can set off heart arrhythmias. Hewitt had two key defenses against the cold shock: a five-millimeter custom-fit wetsuit and habituation from more than 1,000 previous dives, which eventually blunts the initial shock response.

After the cold shock, which peaks within 30 seconds and diminishes after a few minutes, the next stage of immersion is peripheral muscle cooling. For every 1.8 degrees Fahrenheit (1 degree Celsius) that your muscles cool, your maximum muscle power drops by about 3 percent. That means you can lose the ability to swim before your core actually gets hypothermic. Hewitt did indeed lose the ability to swim at some points during his ordeal—sometimes because he lost consciousness—but he had a buoyancy compensator that kept him floating with his head above water.