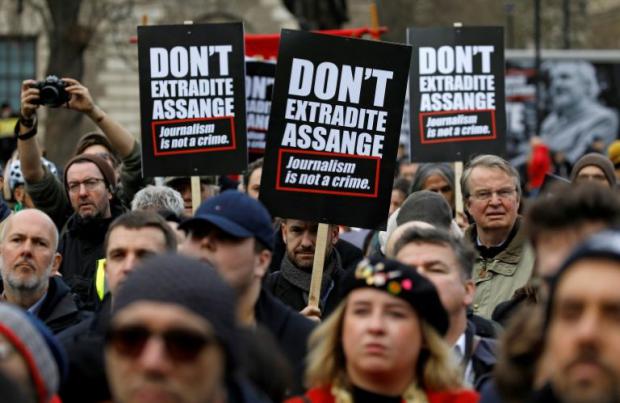 A London court is to meet Monday to assess Washington's request to hand over the media freedoms activist so he can be tried for releasing classified files in 2010 about US campaigns in Afghanistan and Iraq.

The 48-year-old Australian is facing 18 counts -- 17 of them under the US Espionage Act -- that could see him sentenced to prison terms of up to 175 years.

Supporters of Assange's freedom gathered outside the Australian government's representative office and then marched though central London for a rally outside parliament.

Some chanted "journalism is not a crime" and held up banners mocking Prime Minister Boris Johnson.

The UK government plays no formal role in the extradition case. Monday's hearing is expected to last a week and then resume for a second session starting on May 18.

Any ruling is likely to be appealed by the losing side and Assange could remain locked up in a high security London prison for many more months.