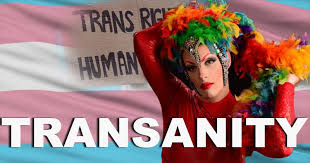 A tax-payer funded nursery school in Brooklyn has begun teaching its students young as four about, "racism and victimhood, plus transgender and 'queer'' rights, with a heavy dose of political indoctrination in the mix."

In an interview with Andrea Peyser of the New York Post, one father of a preschooler indicated that  "They [the school] say they're trying to reduce racism and discrimination. To me, they're perpetuating it, fomenting a sense of victimhood in 4-year-olds that would never consider on their own."

Rosy Clark, a white pre-K teacher, sent an email to parents and guardians on January 16 explaining that the lesson plans for 2020 would include Black Lives Matter materials, and focus on the Week Of Action in a pre-kindergarden class.

"This year, the week is Feb. 3-7. We are starting to talk about these ideas now, as we approach Martin Luther King Jr. Day [which was Jan. 20], and as we prepare to go into February, Black History Month,''.

Clark continued "I am lucky enough to work at this wonderful school where we strive to help our students understand the complex world around them and think critically about how they can participate in improving it. One of the ways I do that in my classroom is by exploring the 13 Principles of the Movement for Black Lives.''

Though Clark insists she will not discuss traumatizing topics such as police brutality, she will be teaching the doctrines of transgender and queer affirmation as well as feminist ideas such as the importance of gender diversity in the workplace.

These topics are considered overwhelmingly political, with the basis for transgenderism itself still hotly debated in the Supreme Court as well as numerous state legislation.