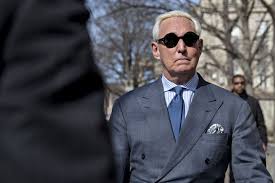 Hart, a Democrat activist, lawyer, and former Memphis City Schools Board President, posted about the Stone case before she voted to convict him. She retweeted and mocked an statement from those who considered Stone's predawn arrest to be excessive force. She also implied that President Trump and his supporters are racist, and she praised the investigation conducted by Special Counsel Robert Mueller, which ultimately led to Stone's prosecution. Napolitano says that built-in bias by a member of the jury is a trigger for the judge to grant a new trial. The judge in this case is Amy Berman Jackson, and Obama appointee. -GEG

Judge Andrew Napolitano said on Thursday that former Trump adviser Roger Stone deserves a new trial in light of resurfaced tweets that indicate partisanship and "inherent bias" from a jury member against Stone.

Former Memphis City Schools Board President Tomeka Hart revealed Wednesday that she was the foreperson of the jury that convicted Stone on obstruction charges last year — and soon afterward, her history of Democratic activism and a string of her anti-Trump, left-wing social media posts came to light.

"[Stone is] absolutely entitled to a new trial with a member of a jury making these types of revelations about the politics involved in the decisions to prosecute him," Napolitano told "Fox & Friends."