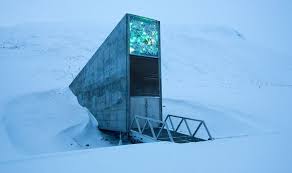 This subject is too large to be discussed here, but one aspect requires brief notice. If we were to ask about the origin of GM seeds, how the idea was conceived and developed, who did the research and who provided the funding, how would we reply? We might reasonably suggest that perhaps the concept originated in the Biology or Agricultural Department of some university, or that a government lab doing research on food supplies might have conceived and pursued the idea. Or, we might suggest a private company in the agricultural field was looking for more productive varieties of grains and stumbled on this process.

We might suggest all those answers, but in each case we would be wrong. GM seed was conceived, promoted, researched and funded by the US Department of Defense – the American War Department. GM seed was never meant as a way to feed the hungry, but was instead conceived and developed as a weapon or, more precisely, as a weapons-delivery system. Genetically-Modified seed was never intended to support human life, but to eliminate it.

GM seed is neither more productive nor healthier than traditional heritage crops, and is far more expensive and destructive, but it presents almost irresistible military advantages against any nation that becomes dependent on this source of food grains. One is that the US can use it as a political weapon, refusing to supply seed to a disfavored nation, perhaps causing widespread famine and dislocation. The other is more sinister, in that many groups have experimented with gene-splicing technology, inserting unrelated DNA into various seeds.