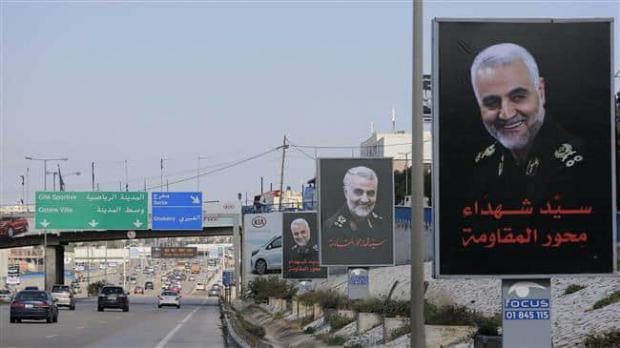 American accepted having a base obliterated and 100 wounded and many killed, sources confirm, because the Soleimani killing had nothing to do with national security and everything to do with Trump's private dealing with the Kosher Nostra.

The US lied about 100 brain injured troops, it is lying about the dead, maybe more than a dozen and now it is shown that it has all been a lie, so blatant that even the New York Times is exposing it.

General Soleimani was in Iraq, we all knew, to receive a "note." What we didn't know is that the note was a peace proposal for the Persian Gulf, a treaty negotiated between Iran, Saudi Arabia and the UAE, one that Israel didn't like and now Americans are dead for taking part in a mob hit ordered by Israeli  gangsters and carried out by misled and misused American military who paid a very heavy price in retaliation.

[ Editor's Note:  It was a surprise to see the NY Times put its stamp on this open secret. The disclosure of Israel's involvement in wanting to break up any momentum to defuse tensions in the Persian Gulf by negotiations, even providing the key intel of Soleimani's team flying to Baghdad, was a bonus.