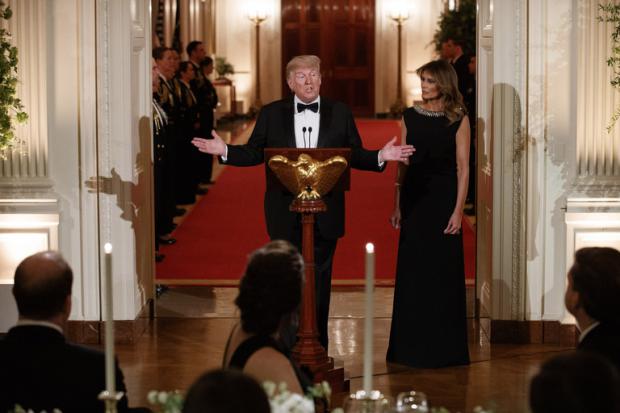 Trump's fellow guests: donors who gave $580,600 per couple to support the president's reelection, making it the most expensive such fundraising event since Trump took office.

The dinner, taking place a few miles from Trump's Mar-a-Lago Club, shows how enthusiastically the president has embraced big-dollar fundraising in his bid for a second term — a dramatic about-face from 2016, when he criticized the influence of wealthy donors on the politicians who court them.

It also shows the special access enjoyed by many of Trump's wealthiest donors, including business executives and lobbyists, who get the chance to air their grievances with the president's tariffs or promote their pet projects, often while dining on Trump's favorite foods.

Since October 2017, Trump has attended at least 48 intimate gatherings with the Republican Party's elite donors, including dinners or roundtable discussions, according to a Washington Post analysis of his fundraising schedule. Tickets to these events can range from $50,000 to six figures per person.