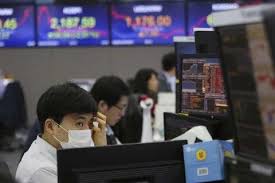 In the base-case scenario, assuming GDP growth dropped to 5.3% - nine out of 30 major banks failed and saw their capital adequacy ratio drop to 13.47% from 14.43%. In the worst-case scenario, assuming GDP growth dropped to 4.15%, some 2% below the latest official GDP print, more than half of China's banks, or 17 out of the 30 major banks failed the test. Needless to say, the implications for a Chinese financial system - whose size is roughly $41 trillion - having over $20 trillion in "problematic" bank assets, would be dire.

Why do we bring this up now? Because according to many Wall Street estimates, as a result of the slowdown resulting from the Coronavirus pandemic, China's economic growth is set to slow sharply, with some banks such as JPMorgan now expecting as little as 1% GDP growth in Q1 assuming the epidemic is contained in the next few weeks; if it isn't, Chinese Q1 GDP growth may print negative for the first time on record.

This is a big problem, because as noted above if the PBOC's 2019 stress test is credible, more than half of China's banks would fail the "stress test" should GDP drop to just 4.15%; and one can only imagine what happens to China's banks if GDP prints negative.