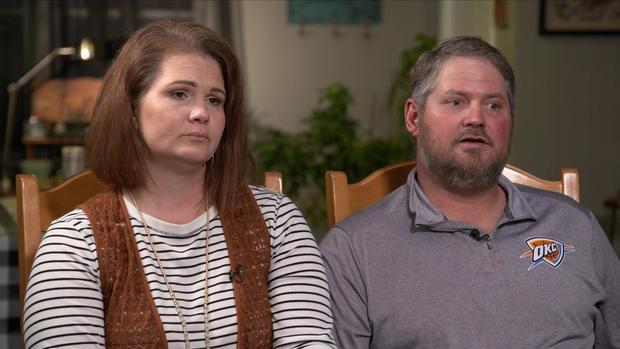 As CBS News correspondent Meg Oliver reports in partnership with ProPublica, some people are even going to jail because they're squeezed by a system that's putting new demands on overburdened incomes.

Tres and Heather Biggs' son Lane was diagnosed with leukemia when he was 5 years old. At the same time, Heather suffered seizures from Lyme disease.

"We had so many — multiple health issues in our family at the same time, it put us in a bracket that made insurance unattainable," Heather Biggs said. "It would have made no sense. We would have had to have not eaten, not had a home."

Tres Biggs was working two jobs but they fell behind on their medical bills, then the unthinkable happened.

Tres Biggs went to jail for failing to appear in court for unpaid medical bills. He described it as "scary."

"I was scared to death," Tres Biggs said. "I'm a country kid — I had to strip down, get hosed and put a jumpsuit on."