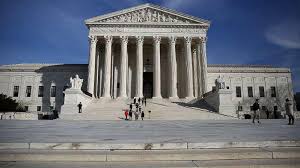 Every presidential election in the United States follows a clear formula. First, many people with absolutely no chance of winning the presidency declare their candidacies. Those who get washed out of the race late in the game see their fortunes rise, which was their goal from the first. Second, candidates with even a chance at winning their party's nomination drift to the outer fringe of their party's ideology. For Democrats this year, that means appealing to the most progressive of the progressive wing of their party. Finally, when the race is set with two candidates, each of them will converge in the middle, eschewing the ideological members of their own parties.

This is so common that every politically observant American is fully aware of what is happening. But this dyed-in-the-wool process obscures the most pernicious element of every presidential campaign, which sees both the candidates and the voters they hope to attract ignoring the Constitution at every turn. To the shame of both groups, they don't even seem to realize what they're doing.

Presidential candidates lay out their respective agendas, from Bernie Sanders's plan to move to single-payer health care to Donald Trump's plan for a wall on our southern border to Elizabeth Warren's plans for just about everything else. But nearly all of these plans are unconstitutional twice over: not only are presidents not given the authority to do these things, but the federal government itself is also not empowered to do these things.