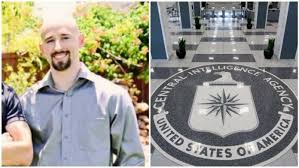 When the CIA found out about the leak, along with the rest of the world, on March 7th, 2017, it was horrified – in part because the leak had occurred a year earlier unbeknownst to the agency, and in part because of the loss of years and billions of US taxpayer dollars invested in the development of secret malware and spytools.

Cyberscoop has some useful articles on the case, just in case no one saw anything in the mainstream media.

Joshua Schulte's trial started this week, and the transcript of the first day is interesting. We learn that the quality of federal government expert witnesses can be hysterically low, and that defense lawyer Sabrina Schroff has a gold standard sense of humor.

We may marvel at the loose security in the CIA – as recently as 2016 – and its sexist and racist banter behind vault doors, and we may wonder at the strangeness of classification and clearance rules that required the FBI, on behalf of the DoJ, to gather its court evidence about the CIA cyber tools at a Starbuck's, for the reliable wifi among other things.