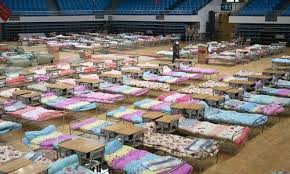 Mind you, China has worked hard since 1976 to establish itself as the world's first completely Technocratic state. That's 44 years engineered economics, social control and outward expansion through the Belt and Road trade network.

The release of the Coronavirus was unquestionably an accidental 'Black Swan' event that nobody expected, especially China. But, it was their own overconfident Technocrat scientists who created it in the first place. They were sloppy. Security surrounding the deadly virus was obviously an afterthought and a small-minded one at that.

This is not surprising, given that the Technocrat view of humanity is extremely low. For instance, the original Technocracy Study Course manual described the 'human animal':

The human animal is composed of chemical atoms which are derived from the ordinary inorganic materials of the earth, and which ultimately return to the place from which they come… The human animal responds to its external environment through the mechanism of the conditioned reflex, which is a purely automatic but tremendously complex, nervous control mechanism. These conditioned reflexes are, however, subject to control and manipulation through the device of manipulating an individual's environment. (Technocracy Study Course, 1934, p. 205)