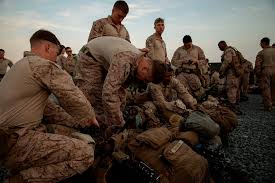 For example, Chris Levi's Humvee was torn apart by a roadside bomb that cost him both his legs. Kelli Hake and her 13-year-old son are living their lives without their husband and father, who was killed by a roadside bomb in Iraq. There were thousands more like them.

It stands to reason that the plaintiffs would feel deep anger toward Iran, especially given their belief that Iran did, in fact, furnish the bombs that ended up inflicting death and injuries on U.S. soldiers serving in Iraq.

After all, let's not forget something important: When a nation-state invades, attacks, and occupies a country and in the process intentionally wreaks death, suffering, and destruction, there is a very high probability that people are going to get extremely angry and are going to exact vengeance by doing the same thing to the invading and occupying troops.