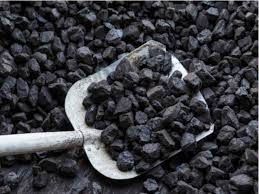 One of the greatest moral dilemmas that has been creeping into the everyday activities of specialists working with coal, oil and in some cases even gas (despite its being perceived a natural bridge to a low-carbon future) could be phrased in the following way: how do you stop producing fossil fuels when you still have cheap ample reserves?

In this context coal stands out – its relative inferiority in terms of environmental pollution prompted governments in developed economies to ban its future usage. Yet whenever its production is not curtailed by government-mandated cuts, producers simply continue to extract as much coal as possible. Straight in the middle of the so-called European approach to coal lies Germany, an erstwhile bulwark of the coal industry. Can it eventually survive without coal

In stark contrast to oil and gas – of which Germany has traditionally been a major net importer and in both cases looking back to a more than 50-year history of depending on primarily Russian hydrocarbon riches – Europe's leading economy has substantial reserves of coal, lignite in particular. In fact, Germany remains the world's largest producer of lignite and burns most of it for power generation, accounting for some 22 percent of the nation's gross electricity output. Ironically, lignite production is more CO2 intensive than hard coal as it is done by extracting coal from open-cast pits, nevertheless, its mid-term future looks a lot better than that of hard coal mining in Germany.