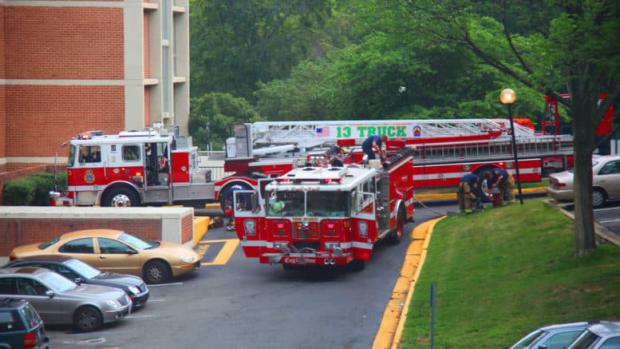 Over the years, I have written about the possible dangers of firefighters carrying weapons and being trained like SWAT teams. But this latest story will leave you scratching your head and wondering what the CIA's "Signature School" has done to America's firefighters.

Last week the University of New Mexico (UNM) announced that they have created a Wearable Emotion/Facial Recognition (WEFR) device for firefighters.

"The article describes an innovative new facial-recognition algorithm formulated for use in firefighting technology. The algorithm enables computing systems to identify the emotions displayed by facial expressions with 98% accuracy."

Firefighting devices will learn, which facial expressions correspond with which emotion.

What is especially noteworthy about this technology is that it is the first facial-recognition algorithm to use semi-supervised learning – a method in which researchers essentially teach a computational network how to recognize faces. This is done by inputting both labeled images (pictures of faces which have been labeled, by a researcher, with the emotional expression they display) as well as unlabeled images into a network of computational nodes programmed with the algorithm. In time, the system actually "learns" which facial expressions correspond with which emotion."