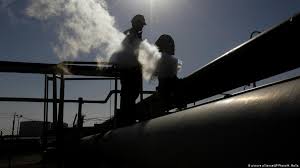 Bloomberg reports Saturday that the Benghazi-based 'rebel' general has now "blocked oil exports at ports under his control, slashing output by more than half and posing a potential setback for an international conference on Sunday that aims to broker an end to a civil war in the OPEC nation."

The major talks Sunday are due to be held in Berlin, and a who's who of external backers of each side of the conflict will be in attendance, including Putin, Erdogan, France's Macron, and UK Prime Minister Boris Johnson, as well as the Italian prime minister and US Secretary of State Mike Pompeo.

The Berlin conference comes after a failed deal to establish a ceasefire in Moscow earlier in the week, when Haftar left the city after the head of the UN-backed Government of National Accord (GNA) in Tripoli, Fayez al-Sarraj, actually signed the agreement. Haftar also reportedly secretly scuttled to different Mediterranean capitals, including Athens, in a bid to gain recognition as legitimate leader on the ground.

Haftar's drastic move to block oil exports is likely aimed at torpedoing the Berlin meeting before it even starts, given he's proven intransigent in the face of international pressure for him to halt the ongoing Tripoli offensive — even during the talks hosted by one of his key political backers Vladimir Putin.