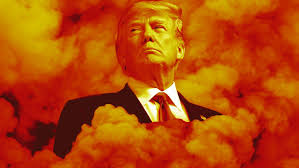 An influential neoconservative in President George W. Bush's White House who became a significant force behind the push for war with Iraq in 2003, Wurmser has recently been serving as an informal adviser to the Trump administration, according to new reporting from Bloomberg News. In that capacity, Wurmser helped make the case for the recent drone strike that assassinated Iranian Gen. Qassim Suleimani.

Wurmser wrote several memos to then-national security adviser John Bolton in May and June of 2019. In the documents, according to Bloomberg, Wurmser argued that aggressive action by the U.S. — such as the killing of Suleimani — would, in Wurmser's words, "rattle the delicate internal balance of forces and the control over them upon which the [Iranian] regime depends for stability and survival."

The significance of this is two-fold. First, while it was already clear that the neoconservative movement has powerfully influenced the Trump administration, Wurmser's role on Iran is further evidence of the sway that neoconservatism still holds on the U.S. right — despite the catastrophic invasion of Iraq and Trump's disavowal of the war. Second, it demonstrates that neoconservatives such as Wurmser still cherish a peculiar theory about Iranian society.