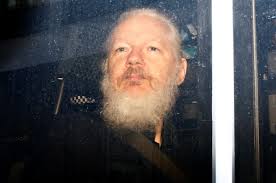 He will, at the end of February, make a similar complaint to a British extradition court about the CIA's alleged misbehavior.

Will such misbehavior, if proven, set Assange free?

The Daniel Ellsberg case may be instructive. You may recall that after the U.S. Supreme Court's decision in the "Pentagon Papers" case, Ellsberg was indicted under the Espionage Act for leaking Pentagon documents to The New York Times and The Washington Post.

After the trial commenced in San Francisco, it was brought to the judge's attention that the "White House plumbers" broke into the office of Ellsberg's psychiatrist. Based on that information and other complaints of government misbehavior, including the FBI's interception of Ellsberg's telephone conversations with a government official, Judge William Matthew Byrne decided that the case should be dismissed with prejudice because the government acted outrageously.

For similar reasons, the case against Assange should be dismissed, if it reaches the U.S. courts.