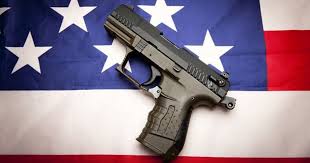 As the 2020 Virginia legislative session began, Democratic Governor Ralph Northam and fellow Democrats continued their push for new gun control bills. In the months since a May 2019 shooting left 12 people dead and four others injured at a Virginia Beach municipal building, Democratic politicians have repeatedly expressed their desire to implement new restrictions such as universal background checks, a ban on certain weapons, and controversial red flag laws.

However, the calls for gun restrictions have not been welcomed by all Virginians. Instead, the push for more gun control has sparked a movement that has expanded across Virginia and continues to grow in other states including California, Illinois, Colorado, New Mexico, and Florida.

The so-called Second Amendment "sanctuary city" movement takes it's name from previous resolutions introduced by opponents of hard line immigration policies. These sanctuary cities are defined as a city (or a county, or a state) that limits its cooperation with federal immigration enforcement agents in order to protect low-priority immigrants from deportation, while still turning over those who have committed serious crimes.

In a similar fashion, supporters of Second Amendment sanctuary cities are now asking local law enforcement to refuse to comply with orders from the state regarding gun control.