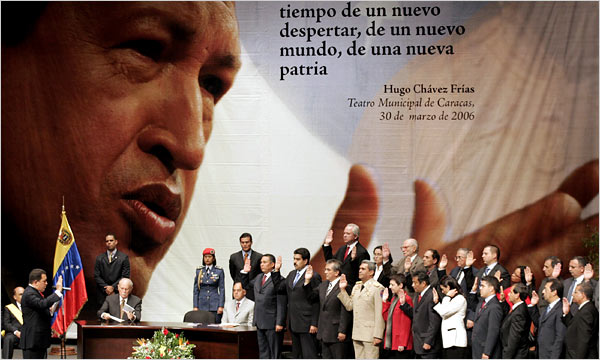 Venezuela has experienced one of the sharpest economic declines in modern history—rampant inflation, near-famine, and an exodus of millions of asylum seekers. Yet there remains disagreement over what caused it.

Many refuse to blame socialism, instead citing the collapse of oil prices, corruption, its abandonment of democracy, and other factors. If socialism did play a role, it was a small one, says Venezuelan writer Francisco Toro in the Washington Post, citing "a unique mix of circumstances, in which socialism is just one ingredient."

Others deny Venezuela was ever even socialist. Noam Chomsky, who praised Venezuela's previous president, Hugo Chávez, for reducing poverty, is one.