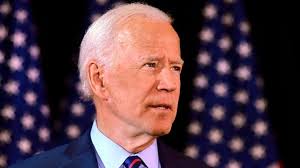 It's hard to know for sure but one thing is certain, it will prolong the 'Russia, Russia, Russia' headlines for one more news cycle.

Bloomberg reports that, according to two officials familiar with the matter, US intelligence and law enforcement have begun a probe to assess whether Russia is trying to "meddle' in Joe Biden's nomination (and perhaps election, as he remains the front-runner) campaign.

Part of the inquiry is reportedly to determine whether Russia is trying to weaken Biden by promoting controversy over his past involvement in U.S. policy toward Ukraine while his son worked for an energy company there.

As one anonymous official proclaimed - despite zero evidence of this actually happening other than an extremely small ad spend on Facebook? - a Kremlin strategy to undermine Biden would echo its work in 2016, when American intelligence agencies found that Russia carried out a sophisticated operation to damage Democrat Hillary Clinton and ultimately help Trump.

"In America, they're using social media and many other tools to inflame social divisions, promote conspiracy theories and sow distrust in our democracy and elections," William Evanina, director of the National Counterintelligence and Security Center, said in a statement.