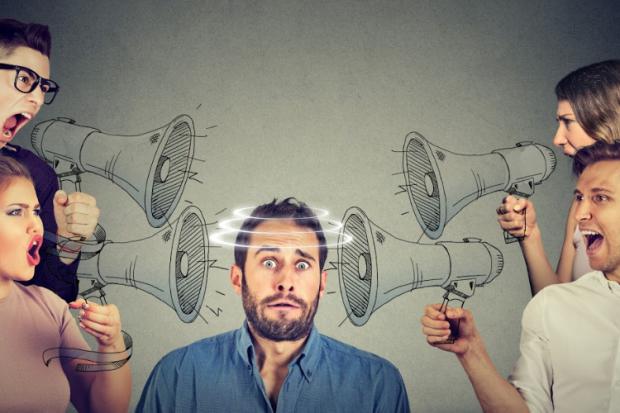 Have you been glued to the news lately, nervously watching what's going on in the Middle East? Are you concerned that World War III is about to kick off at any moment? Is the state of the economy frequently on your mind? Maybe it's Ebola that keeps you up at night or the risk of a cyberattack or an EMP or that the political party not of your choosing will take over the government.

I've seen a lot of people expressing worry and fear. They're afraid we're about to get involved in a war. They're worried about terror attacks and conflicts on American soil. They're terrified that their sons and daughters will be sent off to risk their lives and limbs in another Afghanistan.

Maybe the media is manipulating you to be in a constant state of fear. When we're scared, we don't think clearly or act effectively.  I see a lot of fear and I don't like it. It's not a useful emotion. It's not practical. Raging against the machine will not help you to survive anything from a car accident to a mass shooting to a nuclear attack. And I'm all about practicality. So let's talk this through. You need to shake this off and get control of your thoughts.

Whatever your main concern is, I have bad news and good news.

First, the bad news. There's not a darn thing you personally can do to prevent the things above from occurring. We are little fish in a big sea full of wealthy predators who are the ones that can actually cause change on those levels.

Now the good news. What we can change are our immediate environments. If you are expending a great deal of energy and emotion, focus it on the things that you can change. These (combined with luck) are the things that will have the biggest effect on whether you live or die.

One of the things Selco spoke about last year in the Women's Urban Survival Course in Croatia was circles. No, it wasn't a geometry lesson. It was a way of looking at the world that he has learned the hard way.

Then you've got smaller circles still. You have individual towns, churches, schools, and community organizations.

Then there are the circles that really count the most: your close friends, your family members, your immediate neighborhoods.

The summary of Selco's lesson was this: When you think about where you personally can make the most changes that will have the greatest effect on your survival, where does your power lie?

That's right. Within the smallest circles. Those are the things we can actually do something about so completely freaking out over the news is not productive at all.

(By the way, ladies, we still have a couple of spaces open in this year's Urban Survival Course in Croatia. Go here for more information. I'll be there and would love to meet you.)

Out of all the lessons we were taught in that week, I think the lesson about focusing our energy on the things we can control just might be the most important one of all.

1 Comments in Response to National and Global Events: What You CAN Control and What You CAN'T

Here's some more you can control, if you know how to control, that is: http://stopthepirates.blogspot.com/.