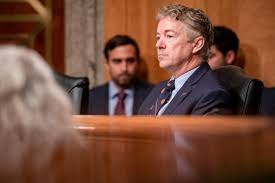 The Trump administration's "stated purpose" for killing Soleimani, head of Iran's elite Quds Force, "was that they were going to prevent attacks on Americans," Rand said. "But I think if you ask the question now, is it more or less likely that there will be attacks on Americans, I think it's much more likely, the replacement for Soleimani is basically a clone," and "so while Soleimani may have been plotting attacks — and probably was — it's now a certainty that there will be attacks in revenge for his killing."

"The administration, mostly at John Bolton's behest, tore up the Iran agreement, placed a significant, severe embargo on Iran, and then killed one of their major generals — nobody in their right mind would actually think that that would lead to negotiations," Rand said. "So when Secretary of State [Mike] Pompeo's out there saying, 'Well, maximum pressure, our goal is to get them back to the negotiating table,' no naive child would believe that, you would have to be brain-dead to believe that. ... Nothing justifies their military action, but it is predictable given what path we've chosen."