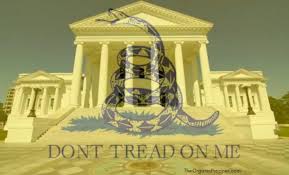 If you thought the law that would effectively ban semi-automatic weapons in Virginia was draconian, just wait. The General Assembly isn't done trampling the Second Amendment yet. They have lots more potential felonies in store for gun owners.

In a blow not only to gun owners but also to small business owners, HB567 would outlaw many indoor gun ranges that are not owned by the state government. What's more, the private ranges allowed would have to cater to law enforcement as their primary clientele. And they're not done yet – the gun ranges would serve as data-collection points.

Here's the text of the summary. (Emphasis mine)

As used in this section, "indoor shooting range" means any fully enclosed or indoor area or facility designed for the use of rifles, shotguns, pistols, silhouettes, skeet, trap, or black powder or any other similar sport shooting.

It's interesting that the state government claims to want to make the state safer, but at the same time, they want to close facilities where gun-owners hone their skills, accuracy, education, and safe usage of firearms.

The penalties for breaking this law would be civil, with a fine of up to $100,000 on the first infraction and an additional $5000 per day if the defiance continues.

Making about as much sense as the law that caused the original hullaballoo – the one that would ban weapons that "could" possess extended magazines, even if the owner has no such magazines – HB318 would send anyone in the possession of ammunition to prison for a currently-undetermined amount of time.