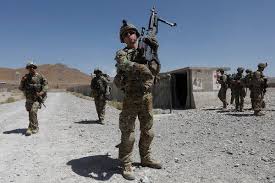 Prime minister Adel Abdul-Mahdi could now take back the invitation that allows 6,000 troops to currently stay in Iraq.

But, as Statista's Niall McCarthy notes, while the U.S. presence in Iraq is sizable, other Middle Eastern countries host many more U.S. troops. The largest U.S. base in the Middle East is in Qatar. The country hosts around 13,000 U.S. troops, according to numbers compiled by the Washington Post. Located southwest of Doha, Al Udeid Air Base has proven crucial in the fight against ISIS. Qatar invested $1 billion in constructing the base and it's also home to the the U.S. Combined Air Operations Center, responsible for coordinating U.S. and allied air power across the Middle East, particularly in airspace over Iraq, Syria and Afghanistan.

The following infographic highlights just how important Qatar, along with Kuwait, is to the U.S. presence in the Middle East. Both countries hosts an estimated 13,000 U.S. troops.