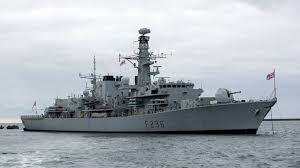 "The government will take all necessary steps to protect our ships and citizens at this time," Defence Minister Ben Wallace told media, as quoted by Reuters.

To this end, the HMS Montrose and the HMS Defender will be deployed in the region again, after last year they escorted UK-flagged ships through the Strait of Hormuz following the seizing of an Iranian oil tanker by Gibraltar with the help of the UK that angered Tehran.

In retaliation, Iran captured a UK-flagged vessel in the Strait of Hormuz. The deployment of the HMS Montrose and the HMS Defender followed, with the UK and the United States urging other countries to join a coalition for the protection of vessels sailing through the vital oil chokepoint.

Since then, UK-Iran tensions have been defused, after London released the Iranian tanker and Tehran reciprocated the gesture. Yet now, with Iran threatening to retaliate for the U.S. assassination of the leader of the Quds force of the Islamic Revolutionary Guard Corps Qassem Soleimani and with Iraq's parliament voting in favor of the withdrawal of all foreign troops from its territory, tensions are running high again.

According to Reuters, Wallace called his U.S. counterpart, Mark Esper, and advised restraint.

"Under international law, the United States is entitled to defend itself against those posing an imminent threat to their citizens," Wallace said in what could be construed as defence of the targeted air strikes that killed Soleimani and prompted a hostile verbal response from Tehran and anti-American demonstrations in Iraq.