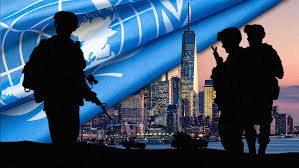 The most concerning duty listed in the job description is this:

"Acts as a Focal Point for Disarmament, Demobilization and Reintegration (DDR) components for two to three missions, responsible for planning, support to implementation and evaluation."

To be clear, according to the UN's website, Disarmament is:

"The collection, documentation, control and disposal of small arms, ammunition, explosives and light and heavy weapons of combatants and often also of the civilian population. Disarmament also includes the development of responsible arms management programmes."

Demobilization is "the formal and controlled discharge of active combatants from armed forces or other armed groups.