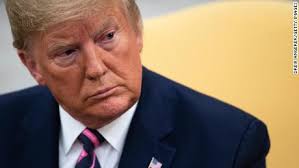 By all accounts, as Soleimani traveled to and through Baghdad airport US intelligence seized upon the "target of opportunity" and moved fast to brief President Trump, who was at Mar-a-Lago. Defense sources explained to Bloomberg that Soleimani wasn't being monitored before it was known he was coming through Baghdad's international airport.

Defense and intelligence officials believed the Revolutionary Guard Quds force leader was plotting attacks on Americans inside Iraq and the region — this based on an "intelligence assessment" — the contents of which haven't been made public.

From the moment Trump was briefed on the matter it was only known to a tightly restricted group of aides within the cabinet, as even White House communications officials "were excluded from the planning," notes Bloomberg. And further Bloomberg's sources reveal that:

The White House opted against notifying Congress ahead of the attack out of concern for security, a person familiar with the matter said. The Department of Homeland Security, which is partially responsible for deterring potential Iranian retaliation on U.S. soil, was only notified of the Soleimani strike after the fact.

However, select "friendly" Congressional leaders were let in on the discussions, most notably South Carolina Republican and outspoken Iran hawk Sen. Lindsey Graham.