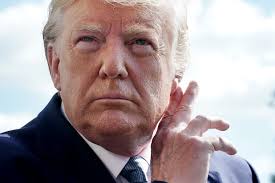 The Trump administration, which authorized the assassination, called it a 'pre-emptive' strike.  Iran branded it 'outright murder.'

Soleimani was Iran's second most powerful figure and a national icon.  He headed up the Quds Force, the elite branch of Iran's Revolutionary Guards, a key player in Syria, Iraq, Lebanon and the Gulf region.   Soleimani was also the most capable, intelligent and effective military leader in a region of third rate generals.

The 62-year-old general distinguished himself in the long Iraq-Iran War, the dirty war in Lebanon, and operations in Iraq.  He played a key role in defeating the ultra-radical Islamic State movement in Iraq, working in tandem with the US.  Soleimani helped turn the tide of battle in Syria, saving the regime of Bashar Assad.