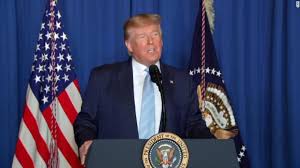 As peace advocates voiced alarm at the very real prospect of all-out conflict with Iran following the assassination Thursday night of that country's top military leader on orders from U.S. President Donald Trump, war hawks who have had their crosshairs trained on Iran for years enthusiastically celebrated Trump's decision — and even suggested the president should go further by targeting the nation's oil refineries.

"To the Iranian government: If you want to stay in the oil business leave America and our allies alone and stop being the largest state sponsor of terrorism in the world," tweeted Sen. Lindsey Graham (R-S.C.), a longtime supporter of regime change in Iran.

Trita Parsi, executive vice president at the Quincy Institute for Responsible Statecraft, tweeted in response to the torrent of praise that "hawks are celebrating [Qassem] Soleimani's assassination not because they believe it weakened Iran. Or the IRGC. Or that Iran will lose in Iraq. But because they believe we have passed an irreversible point of escalation."

"From here, war is unavoidable, they believe," Parsi added. "And celebrate."