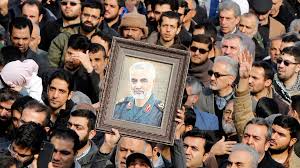 It's hard to overstate the geopolitical importance of Friday's assassination of Qassim Soleimani, architect of Iran's external military activity for more than 20 years and perhaps the most powerful man in the country after the Supreme Leader.  For deep background on Maj. Gen. Soleimani and his importance in Iran's military activity across the Middle East, both direct and via numerous proxies, see this piece from the New Yorker: https://www.newyorker.com/magazine/2013/09/30/the-shadow-commander

Iran right now is reeling from the assassination, but the leadership is dominated by hardliners and the question is how, not whether, they will respond.  For markets, the key issue is the impact of the Iranian response on oil prices.

Our base case here is that a full-blown war between the U.S. and Iran is unlikely, though we appreciate the old adage that nothing brings a country together more effectively than an external threat, and Iran's government right now is extremely unpopular.  Sanctions imposed by the U.S. have crushed the economy and driven up inflation, triggering protests last month in which several hundred protesters were killed by army and police.  It is reasonable to think, then, that the leadership will seek to use the assassination to divert attention from the grim economy.  But Iran's leaders probably aren't suicidal; we doubt they will take action that will trigger air strikes on Tehran.  The infrastructure of the oil sector, though, is a likely target in the event of tit-for-tat escalation.