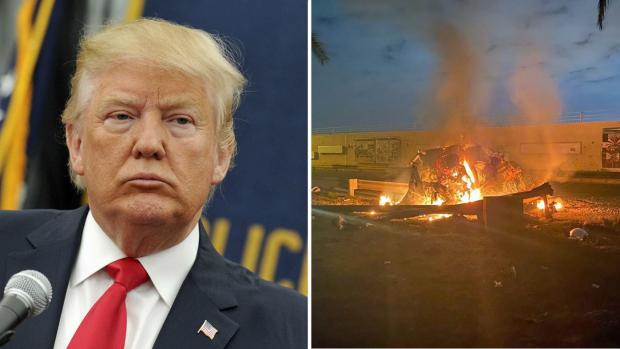 "At the direction of the President, the U.S. military has taken decisive defensive action to protect U.S. personnel abroad by killing Qasem Soleimani, the head of the Iranian Revolutionary Guard Corps-Quds Force, a U.S.-designated Foreign Terrorist Organization," the Pentagon said in a statement.

The Pentagon said that Soleimani was "actively developing plans" to attack American diplomats and service members in Iraq.

Abu Mahdi al-Muhandis, the leader of Kata'ib Hezbollah, known as the Popular Mobilization Forces (PMF), an Iraqi paramilitary group that attempted to storm the U.S. embassy in Baghdad on Dec. 31, 2019, was also reportedly killed in the drone strike. The Pentagon said in its statement that Soleimani directed the attack on the embassy.

Iraqi state television was first to announce that Soleimani and al-Muhandis had been killed in the strike.

A PMF spokesman attributed the drone strikes to American and Israeli forces.