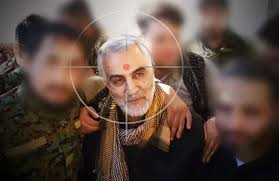 The targeted killing of Gen. Qassem Soleimani, the head of Iran's elite Quds Force, could draw forceful Iranian retaliation against American interests in the region and spiral into a far larger conflict between the U.S. and Iran, endangering U.S. troops in Iraq, Syria and beyond.

The Defense Department said it killed Soleimani because he "was actively developing plans to attack American diplomats and service members in Iraq and throughout the region." It also accused Soleimani of approving the attacks on the U.S. Embassy in Baghdad earlier this week.

Iran's Supreme Leader Ayatollah Ali Khamenei warned that a "harsh retaliation is waiting" for the U.S.

Also, an adviser to Iran's President Hassan Rouhani warned President Donald Trump of retaliation from Tehran. "Trump through his gamble has dragged the U.S. into the most dangerous situation in the region," Hessameddin Ashena wrote on the social media app Telegram. "Whoever put his foot beyond the red line should be ready to face its consequences."

Iranian state television later in a commentary called Trump's order to kill Soleimani "the biggest miscalculation by the U.S." in the years since World War II. "The people of the region will no longer allow Americans to stay," the TV said.

Trump was vacationing on his estate in Palm Beach, Florida, but sent out a tweet of an American flag.

The dramatic attack comes at the start of a year in which Trump faces both a Senate trial following his impeachment by the U.S. House and a re-election campaign. It marks a potential turning point in the Middle East and represents a drastic change for American policy toward Iran after months of tensions.