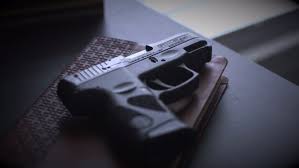 In a op-ed picked up by USA Today January 1, editorial columnist for The Arizona Republic and azcentral.com, Elvia Diaz turned the parishioners who heroically drew their weapons on the shooter into villains.

Diaz only would concede that the man who killed the shooter was a "hero"  because he met her standards of someone who should own a gun. She immediately lamented how this story had been utilized by the right:

Jack Wilson is a hero alright. It took him only six seconds to kill a gunman at a Texas church, saving countless lives. Unfortunately, that kind of split-second heroism has been turned into a PR tool by gun advocates.

The reality of Wilson's heroism is a lot more complex. He wasn't just an ordinary parishioner, as gun advocates may want you to believe. The church's volunteer security team member is a firearms instructor, gun range owner and former reserve deputy with a local sheriff's department, according to a New York Times detailed account.

In other words, he's exactly the kind of man you want around with a firearm.