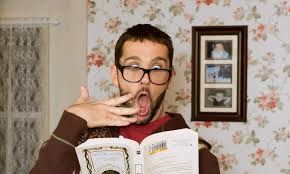 I began my journalistic career under strict censorship. It was imposed on the press and media by the Greek colonels who had seized power in a bloodless coup in Athens on April 21, 1967. Censorship, however, suited me fine. That's because I was an ardent backer of the coup, the democratic process having been torn to shreds by the socialists and extreme left-wingers in Parliament. Fifty-two years later I am once again writing under censorship, this time virulently unsuited to it, the inspectors now being the politically correct gestapo who hand down punishments for life. One wrong word and one's career is kaput, no ifs or buts about it.

A society in which free speech or an ill-judged joke means losing one's livelihood is not a laughing matter. And this is taking place right here, in the good old U.S. of A. Free speech and due process have become things of the past. Let me explain: The Orwellian vision of total conformity derives from an intrusive government that polices thought, the written and spoken word. Today's demand for total conformity as far as free speech is concerned does not come from any government, but from the media, the film industry, and university campuses. When you think of it, it's really quite unique. Governments have been suppressing free speech since time immemorial, but for the first time in man's history the abolition of free speech has taken place through osmosis, by the very people who teach and make movies and write about freedom: the universities, Hollywood, and the media. The key words that are used for restricting speech are racist, sexist, homophobic, nationalist, white supremacist,